Born August 4, 1901 in New Orleans, Louis spent much of his early childhood in the neighborhood surrounding the intersection of Liberty and Perdido Street, often referred to as Black Storyville. This rough and tumble neighborhood was full of all types of characters; pimps, prostitutes, street hustlers, and most importantly for young Louis- musicians. Louis soaked up the sights and sounds of brass band parades, ragtime and low down blues, sanctified church music, and street corner entertainers. Joe “King” Oliver provided young Louis with some key musical guidance, eventually sending for Louis to join his band in Chicago playing second cornet. Louis was able to distill all of the trumpet styles that came before him and create his own powerful voice on the instrument, drawing from all his experiences of growing up in New Orleans. Before Louis left to join King Oliver in 1922 he played with a number of groups locally including the Tuxedo Brass Band, Kid Ory, and Fate Marable’s band aboard the Mississippi River excursion boats.

As a boy, Louis experienced musical growth by playing in the band at the Colored Waifs Home where he was sent after firing a gun in the air to celebrate New Years Eve. His stint at the Colored Waifs Home afforded Louis some music lessons and the chance to play in the marching band. Before long Louis was honing his style with some of the top bands in the Big Easy. Louis would eventually record hit songs for five decades, write 2 autobiographies, dozens of magazine articles, and appear in over 30 films. Louis’ performance schedule was Herculean and he was often on the road for more than 300 days per year. The U.S. State department would eventually sponsor Louis as its Goodwill Ambassador, spreading jazz, American entertainment and joy to the world, all while becoming one the first great celebrities of the 20th century. The city of New Orleans continues to honor Louis in various ways including naming its airport and this city park after the man that took a little piece of the Big Easy everywhere in the world he went. 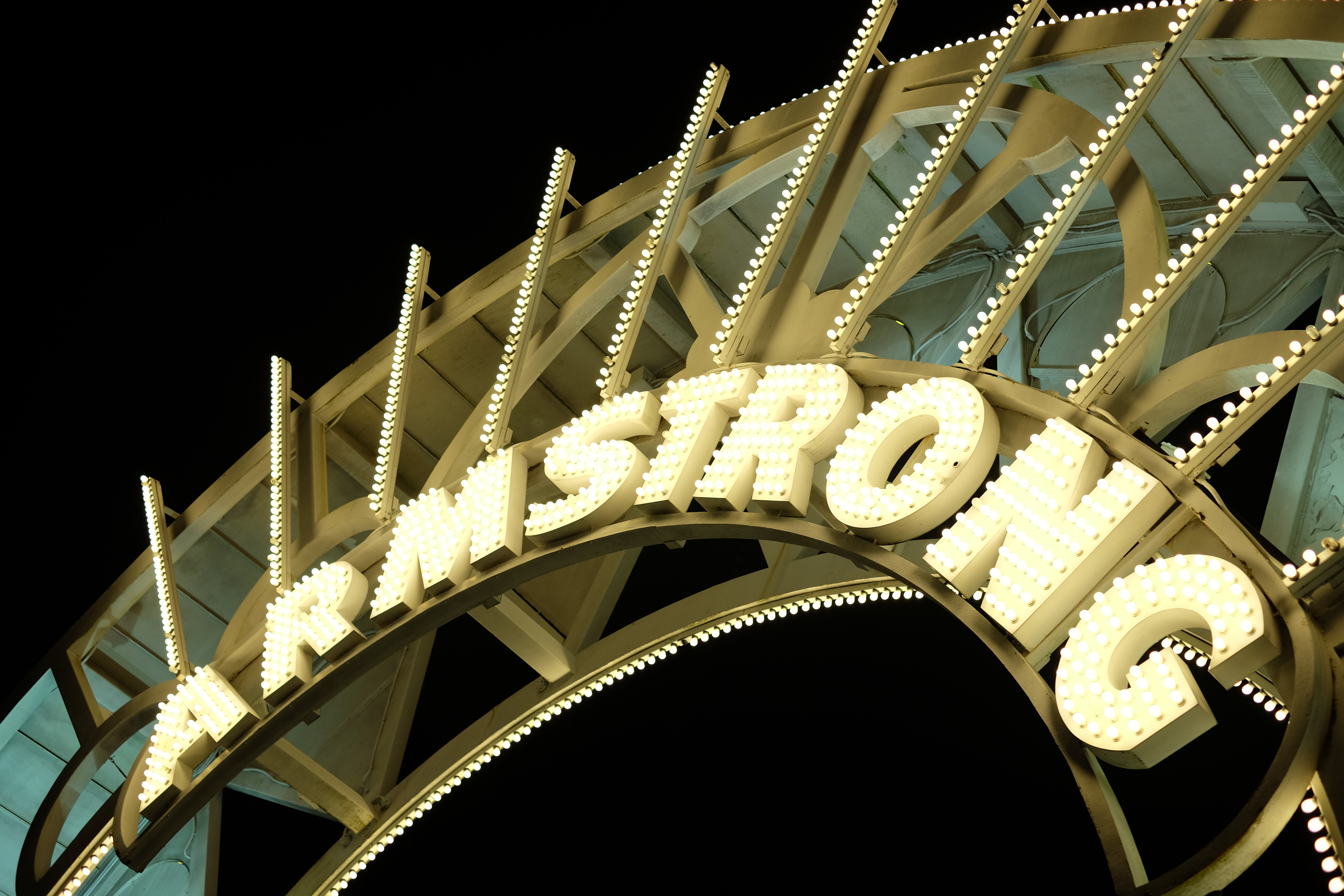 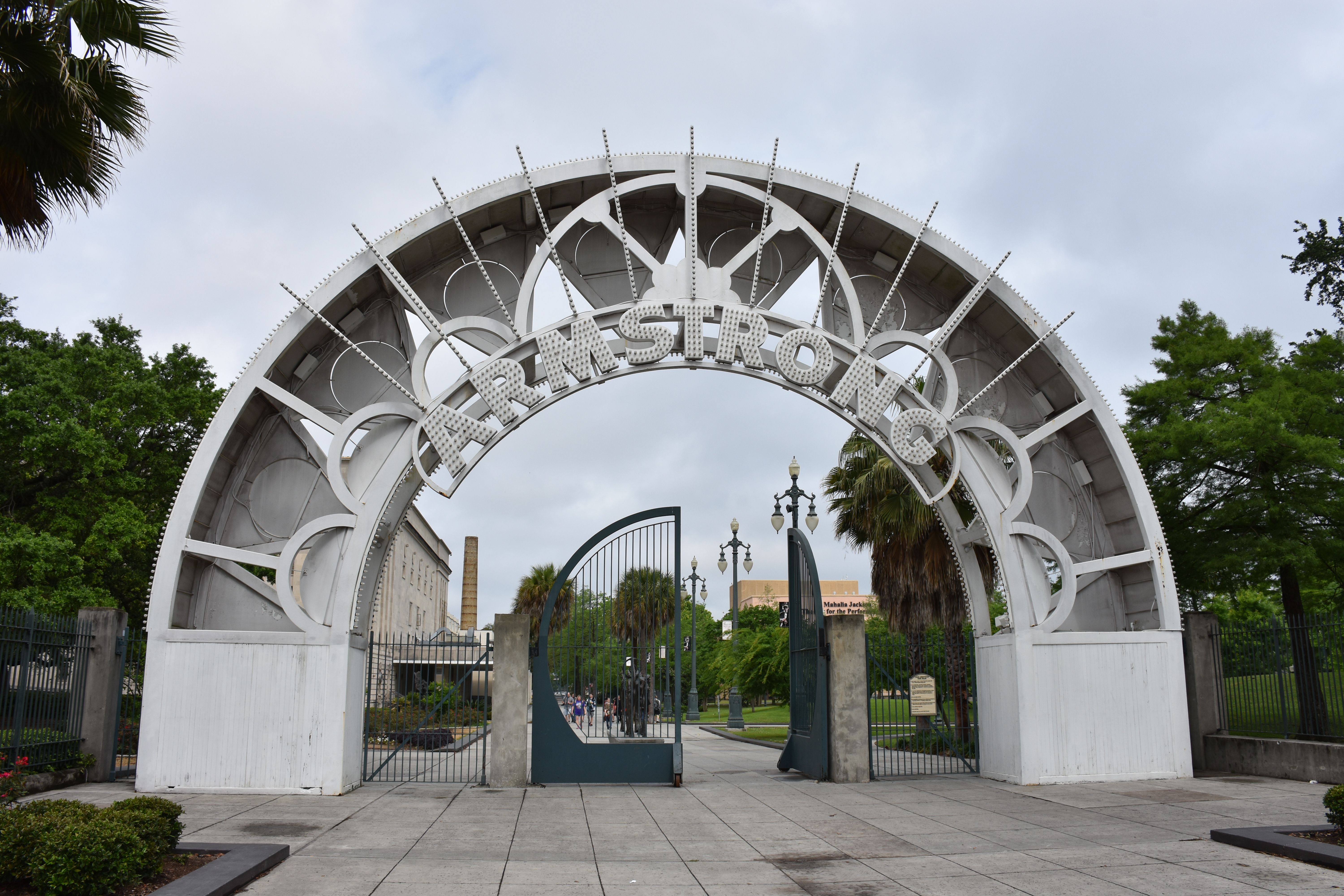 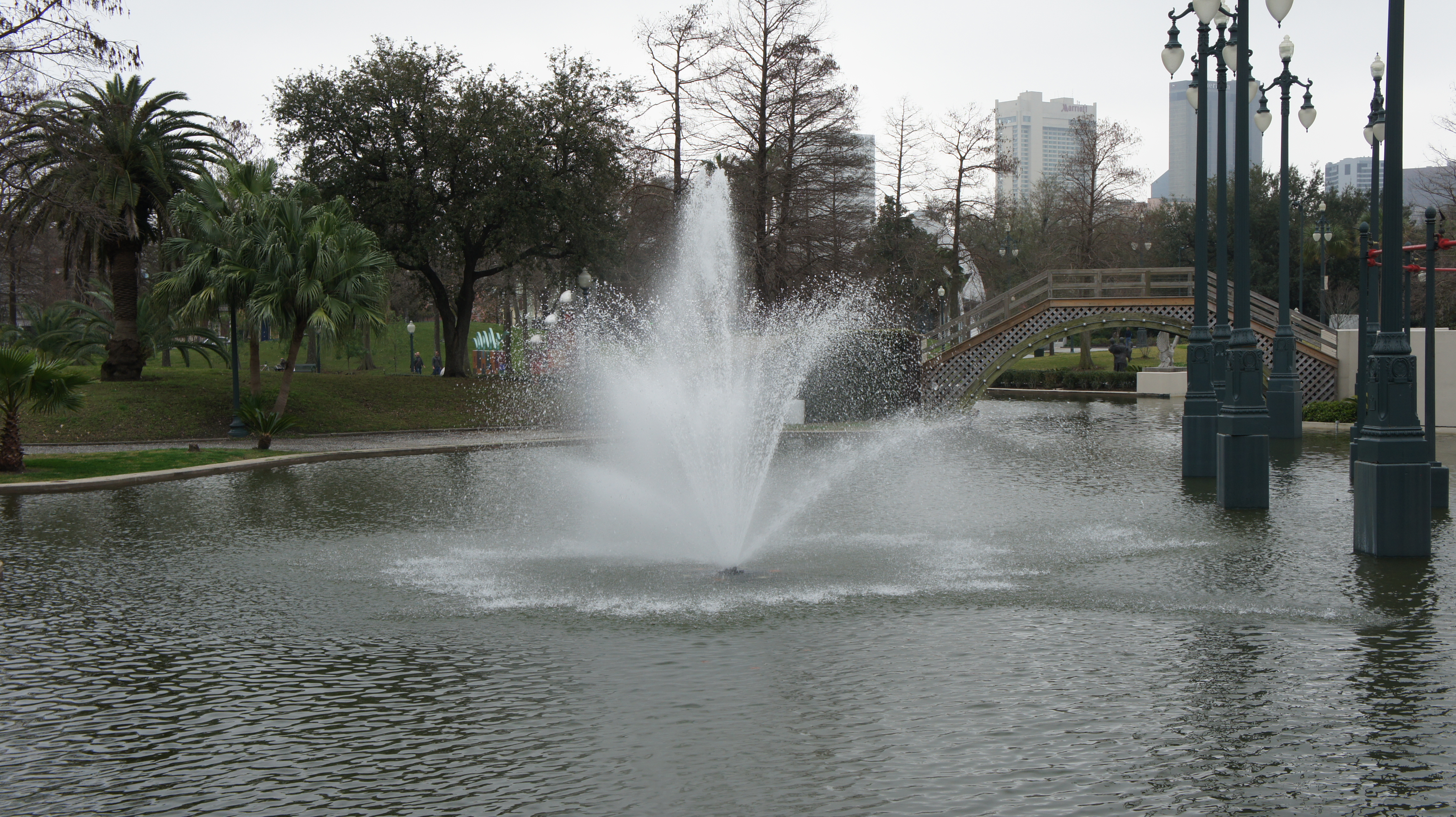 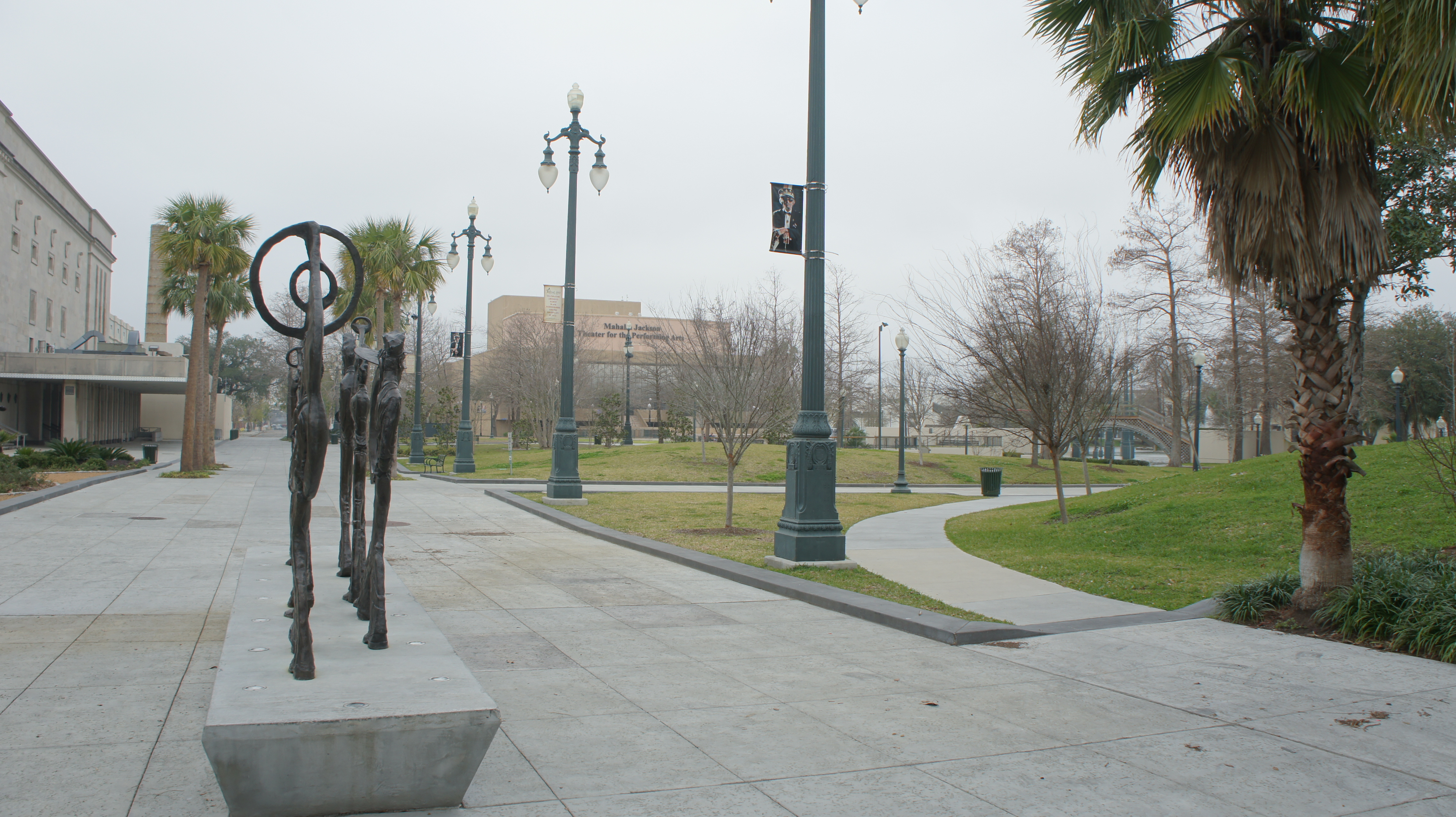 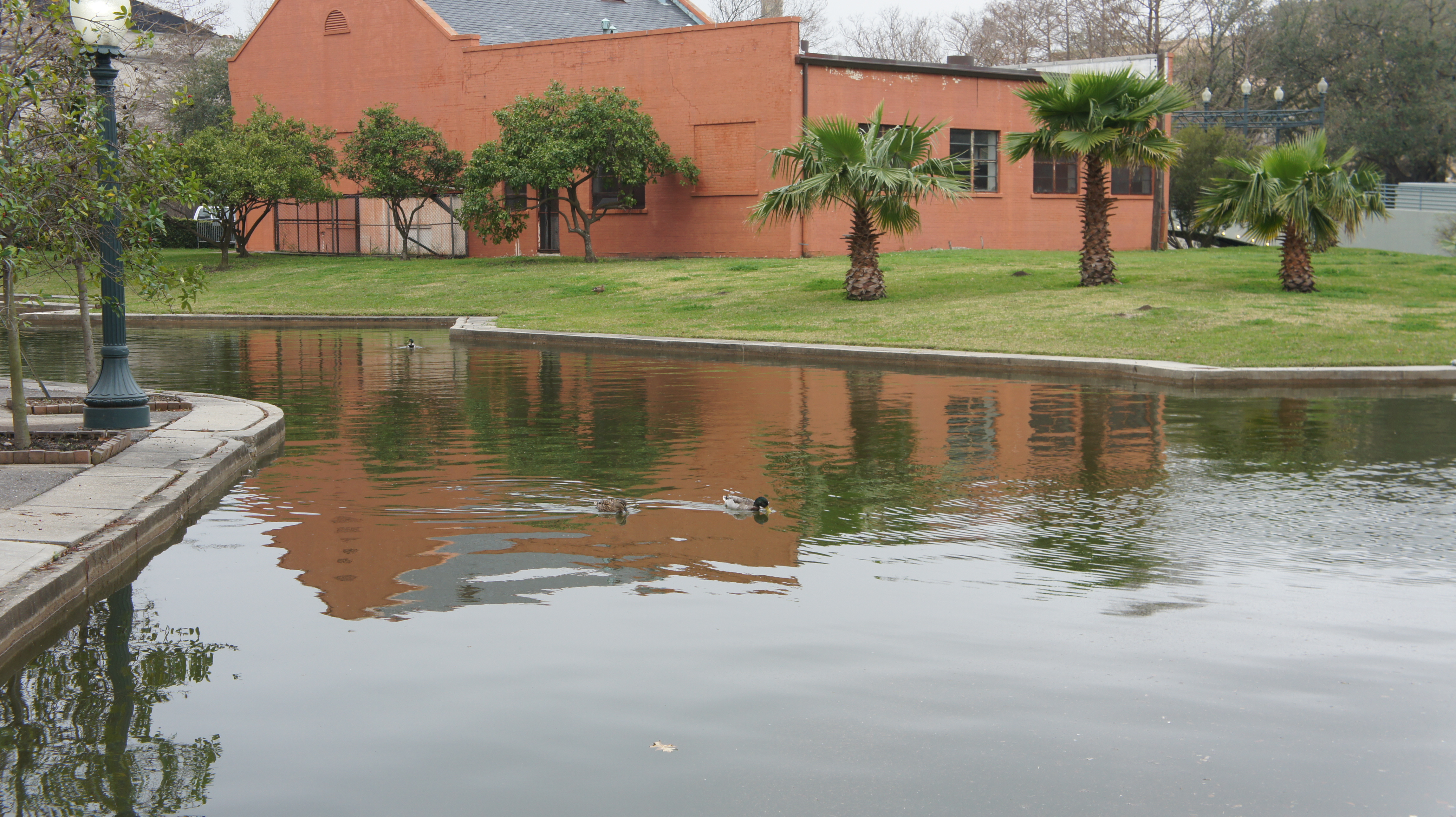