Standing in front of Hula Mae’s washateria at

838 North Rampart Street, it’s hard to imagine the likes of Little Richard, Ray Charles, Sugar Boy Crawford, and Fats Domino recording hit singles here, but they did. New Orleans native Cosimo Matassa opened J&M Recording Studio here at age 18 and the building has been designated a historic landmark due to its important role in the development of rhythm and blues and rock n roll. It was here in a 14 by 16 foot room that Cosimo Matassa engineered his first recording in June of 1945 and on December 10th, 1949 Fats Domino recorded his seminal hit here, “The Fat Man”.  The record became one of the first records of any sort to be eventually classified as rock n roll and an instant New Orleans Rhythm and Blues classic. Cosimo and the New Orleans rhythm and blues performers he recorded created what would become known alternately as the “New Orleans Sound” or the “Cosimo Sound”. This signature sound consisted of complex backbeat rhythms influenced by New Orleans’ position as an Afro-Caribbean-influenced port city. The recordings always had strong vocals, horn sections, and were above all, highly danceable. Cosimo always gave credit to the musicians themselves, and claimed he wanted nothing more than an actual representation of the way these legendary performers sounded in the nightclubs where he was used to hearing them. Other pioneering musicians who helped create the hugely popular “New Orleans Sound” at this building from 1945 through 1956 include Paul Gayten, Annie Laurie, Roy Brown, Professor Longhair, Dave Bartholomew, Guitar Slim, Shirley and Lee, Lloyd Price, and Jerry Lee Lewis. In addition to these pioneering rhythm and blues stars, musicians like Oscar “Papa” Celestin, Danny Barker, and the Dukes of Dixieland also recorded jazz here. 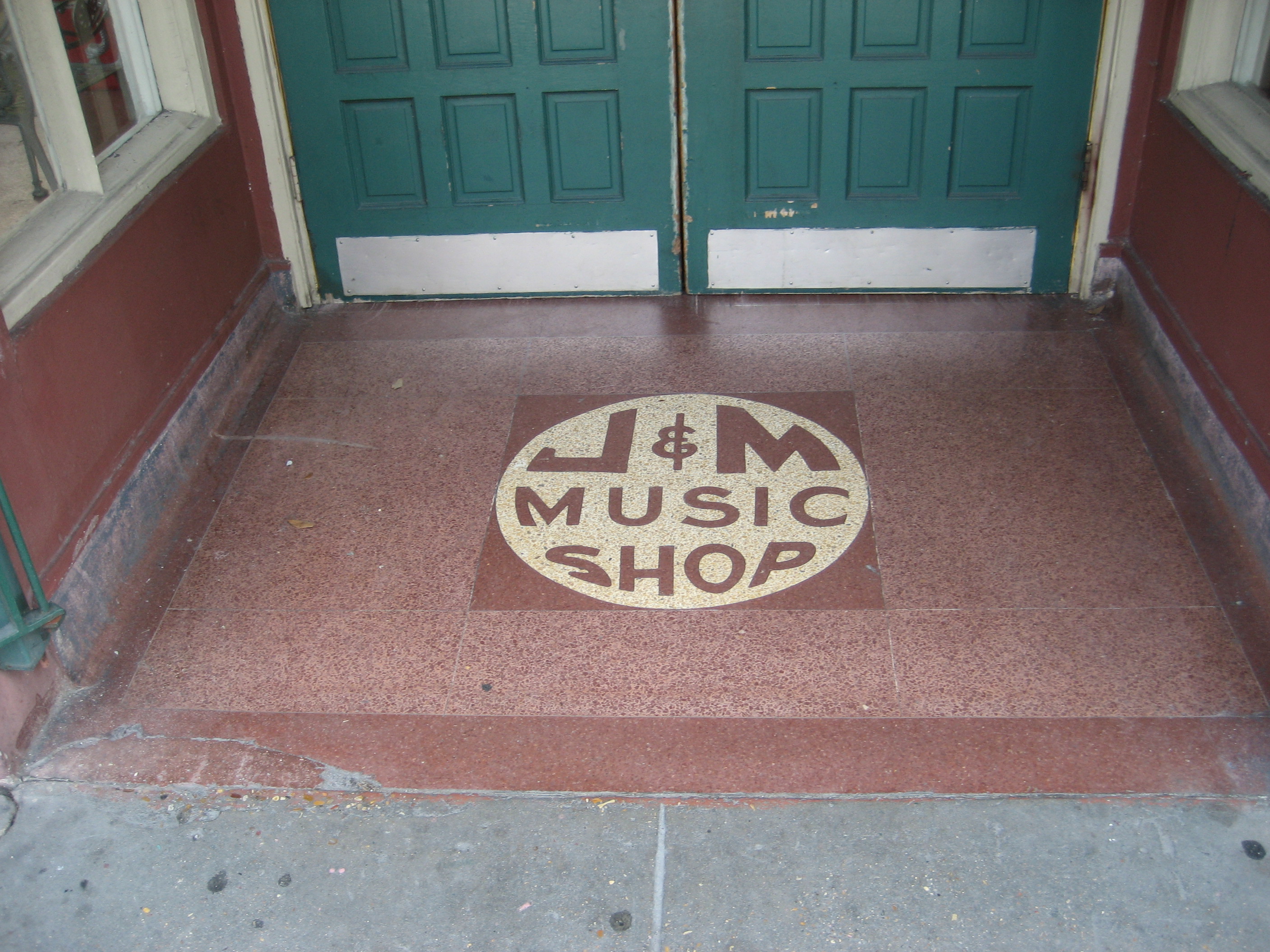 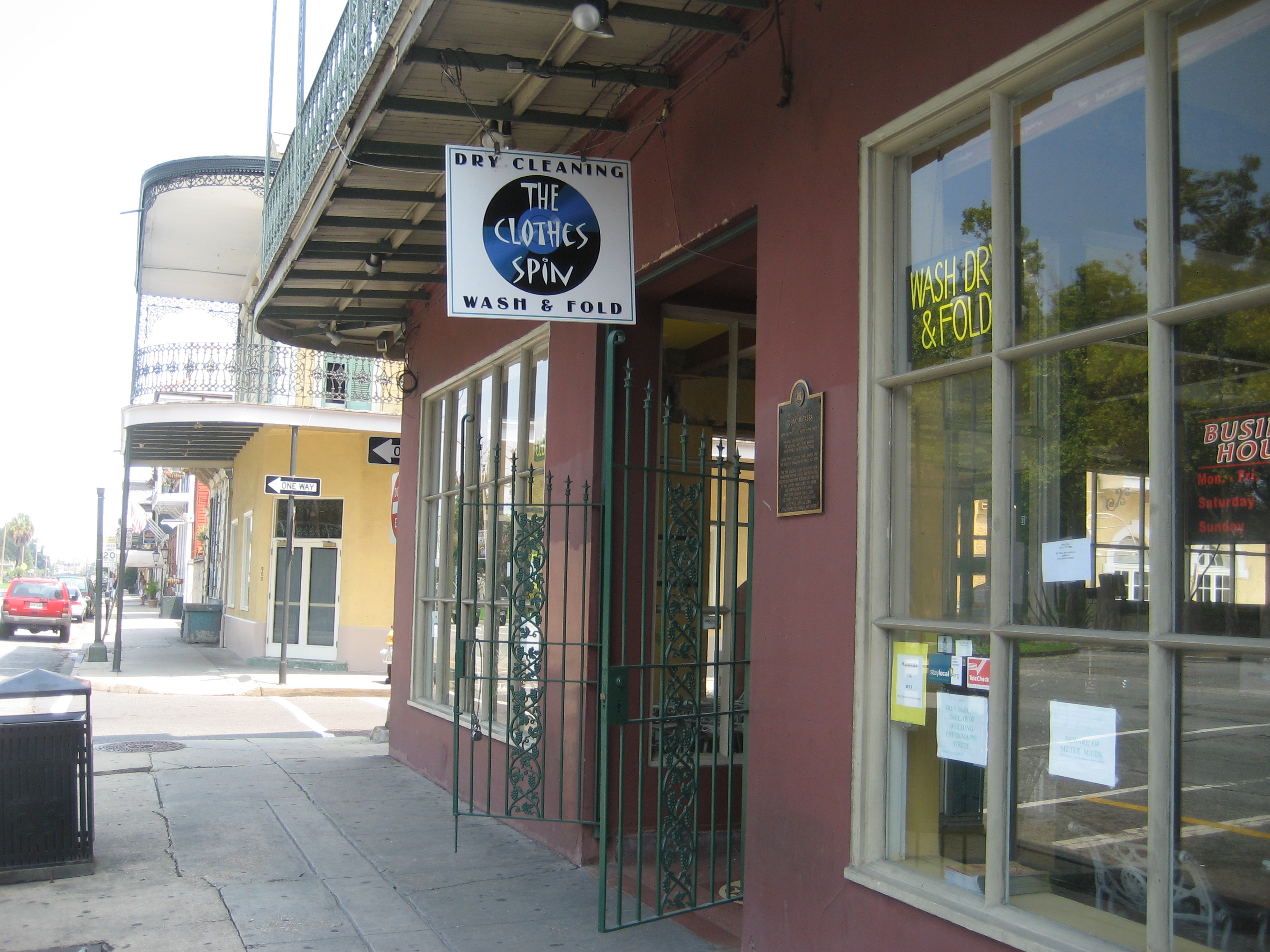 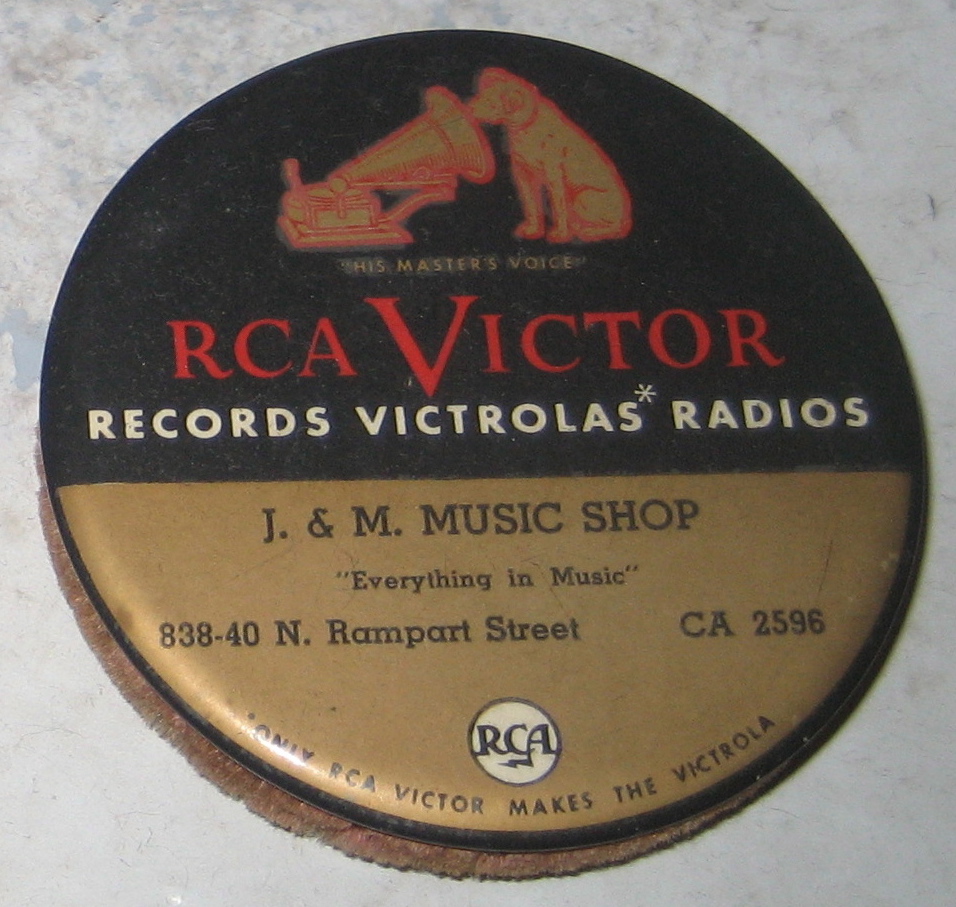 Shellac disc record brush, c. 1930s - 1940s, from J & M Music Store on Rampart Street, New Orleans. Own collection. Taken in August 2008. Photo by Infrogmation. Copy on brush printed in USA before 1970s with no notice of copyright; public domain per US law.