Often referred to as the first man of jazz cornetist Buddy Bolden created a sensation in the years 1900 to 1906 with his improvised ragtime and blues for dances at the Odd Fellows Hall, Lincoln Park, and Funky Butt Hall. The appeal to young people was part of the reason Bolden's band became so popular. Early in the evening, the band would play quadrilles, schottisches, and waltzes for the older dancers, but at midnight the band would switch to blues and the night people would take dancing the slow drag, the shag, and the belly rub until dawn. Though lasting less than a decade, Buddy Bolden's reign as king of jazz left a legacy of creativity and passion for aspiring jazz musicians emphasizing the training over sight reading and giving musicians greater freedom of expression. Bolden liked to play loud and could be heard over a mile away calling his children home on cornet at the start of his shows at Lincoln Park. 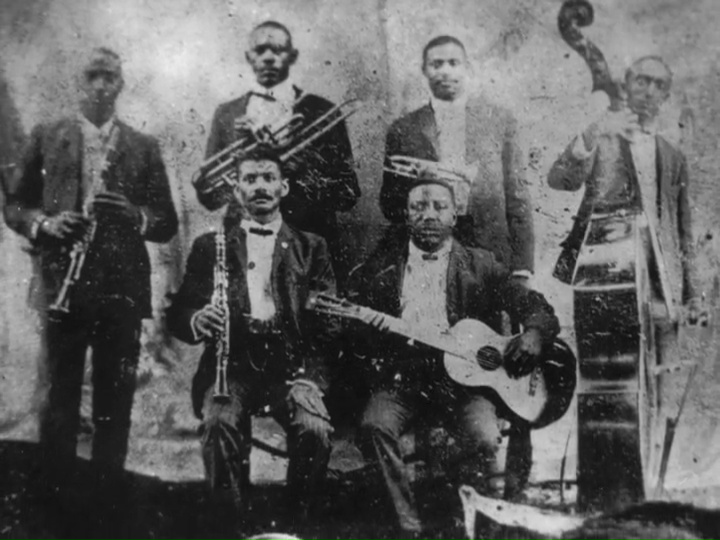 Buddy Bolden front row on the right. Still captured from video above.