Clarinetist and soprano saxophonist Sidney Bechet was the first jazz musician to gain recognition for developing a distinctive soloist voice. While in London in 1919, with the Southern Syncopated Orchestra, he attracted the attention of Swiss conductor Ernest Ansermet who described him as an artist of genius who follows his own way. Bechet was one of the first American Jazz expatriates living in France during much of the 1920s and again in the 1950s when he became a French jazz hero ranking in popularity with Maurice Chevalier, and Edith Piaf Sidney Bechet's recording career began with Clarence Williams' Blue Five in 1923. In 1932 he recorded as a leader with the New Orleans Feetwarmers with trumpeter Tommy Ladnier. In 1939 his recording of "Summertime" became a hit after which he spent many years collaborating with jazz stars such as Louis Armstrong, Muggsy Spanier, and Earl Hines. Sidney Bechet is remembered today not only for his passion technical virtuosity and inventive spirit but also as a jazz pioneer whose influence was truly international. 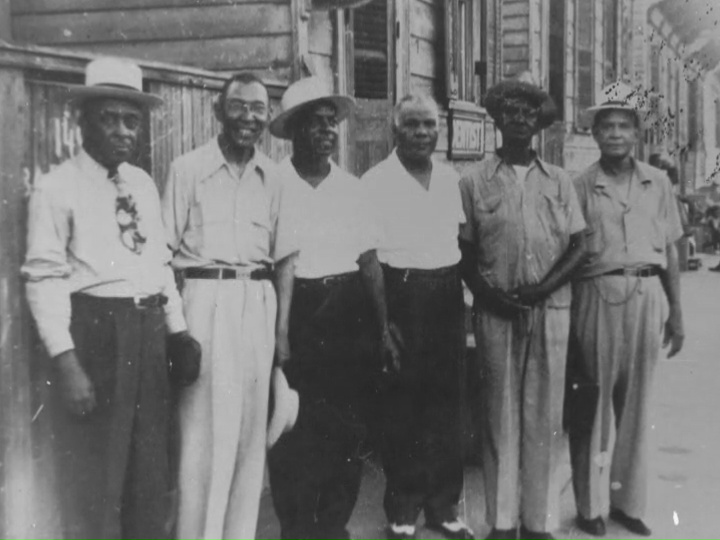 Sidney Bechet third from the right. Still captured from video above. 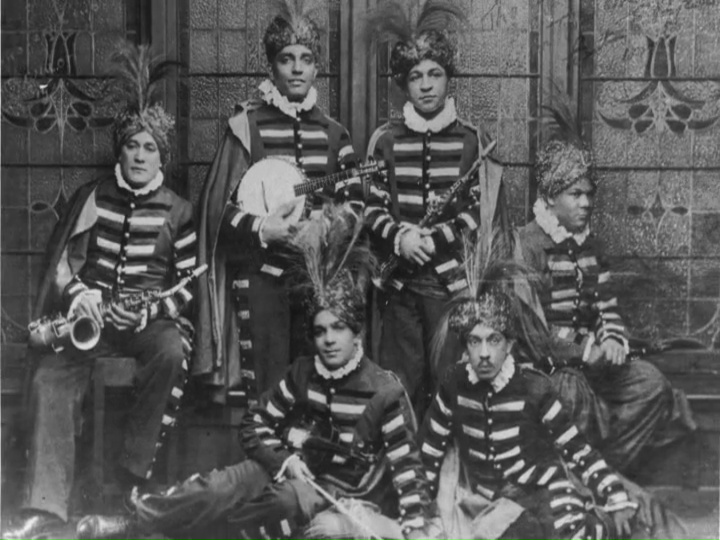 Sidney Bechet on the left. Still captured from video above. 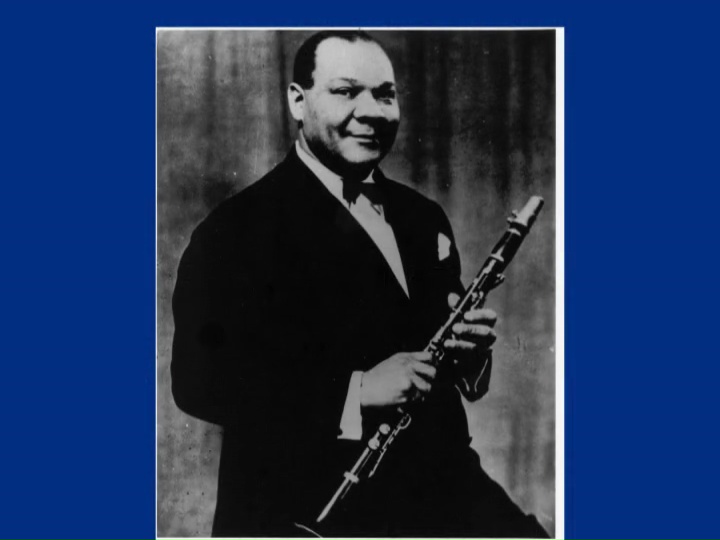 Sidney Bechet.Still captured from video above. 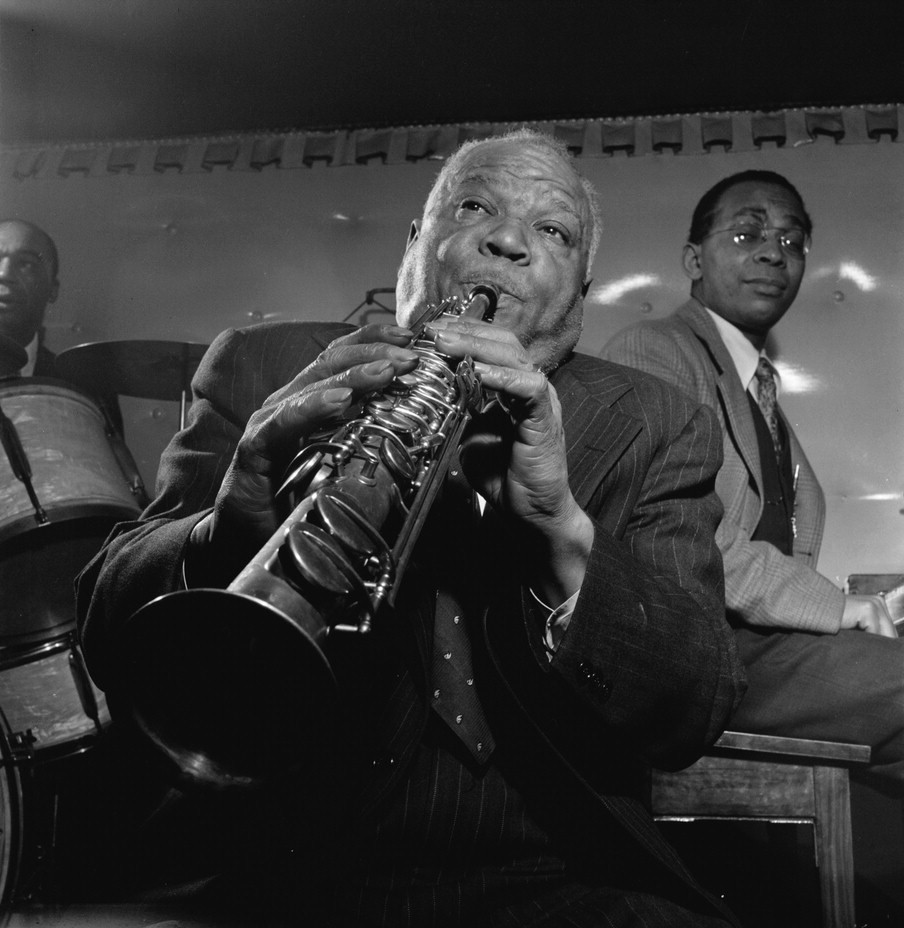