Mississippi River steamboats were once a way of life for cities and small towns all along the 4000 miles of river from New Orleans to St. Paul. In an era before “home entertainment” options like TV’s, stereos, and ipod’s existed, attending a dance with live music was a favorite form of entertainment. Imagine the excitement of a stately river steamboat gliding into town, bells and whistles blaring, promising dancing and dining whilst leisurely rolling along the river. The thick air is pierced by the steam powered calliope, an instrument whose preferred listening distance is at least a half mile away, signaling to the public that fun was soon to be had onboard a grand floating dancehall.

From the mid 1880’s to present, music and the Mississippi River excursion boats have gone hand in hand. The Streckfus family was the biggest player in the excursion boat industry, operating both the S.S. Sidney and later the Capitol, which became their flagship boat during the 1920’s. Captain John Streckfus, a musician himself, maintained especially strict control of the musicians his family employed. Captain John believed that the music on his boat was for dancing and each dance had a correct tempo that the band should never stray from. He was known to monitor song tempos with his stopwatch, and musicians who could not comply were promptly relieved of their job. In 1918, the Streckfus family hired Fate Marable, a piano player from Paducah, Kentucky, to organize a band of New Orleans musicians to play on the S.S. Sidney.  Marable was a task master who came down very hard on his band if they played any passage of a song incorrectly. In 1919 his New Orleans band featured musicians who would later become some of the biggest stars in jazz. Louis Armstrong on cornet. Warren “Baby” Dodds on drums. Johnny Dodds on clarinet. Johnny St. Cyr on banjo. Pops Foster on string bass. Imagine the sounds these jazz legends sent cascading over the water.

It is said that the music played on the riverboats by these and other New Orleans musicians was not quite jazz due to restrictions that were placed upon them. There were plenty of waltzes, rags, a few hot New Orleans numbers, but few blues. New Orleans musicians called a stint on the riverboats, “going to the conservatory” because of the strict schedule and disciplined environment. Daily 2 hour rehearsals as well as two four hour sets of dance music were not uncommon. Louis Armstrong, who learned to read music on the riverboats, states that he “jumped at the opportunity because he knew it would advance his musical career.”  Even considering the challenges that riverboat musicians faced, at thirty dollars per week in the 1920’s, playing on the boats was one of the best available jobs to be had.

The excursion boats did help spread New Orleans music upriver and stories of cornetist Bix Beiderbecke hearing Louis Armstrong for the first time probably happened on the Capitol in Davenport, Iowa. Other notable New Orleans musicians to play on the riverboats after Louis Armstrong left include Sidney Desvignes, Walter “Fats” Pichon, Papa Celestin, Sam Morgan, and Willie Humphrey. Today, New Orleans jazz can still be heard aboard the Steamboat Natchez and the Paddlewheeler Creole Queen. You can also board the Canal Street Ferry free of charge for a ride across the river to the New Orleans neighborhood of Algiers. The ferry departs from the Canal Street side on the river at a quarter after and a quarter before the hour. 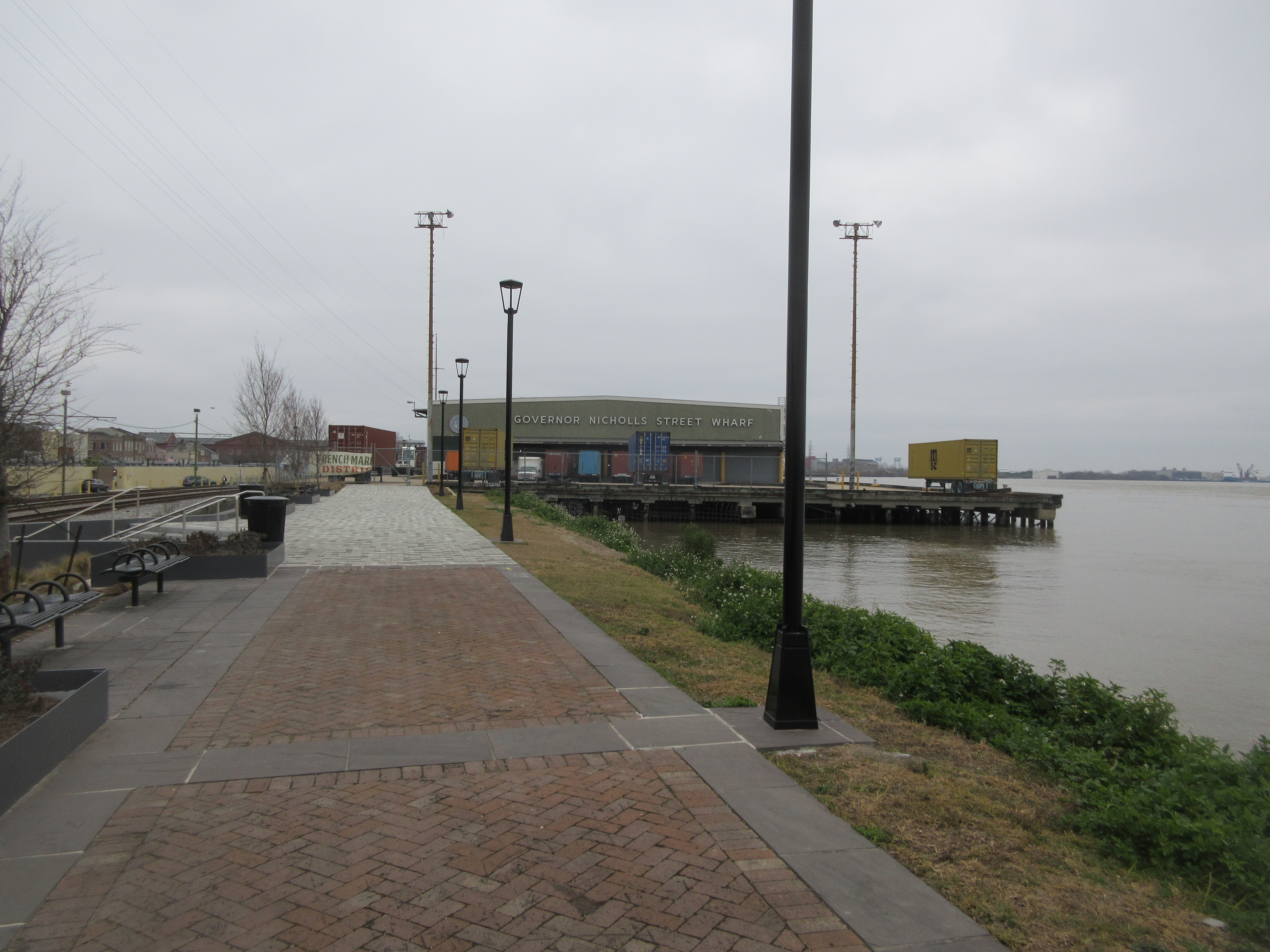 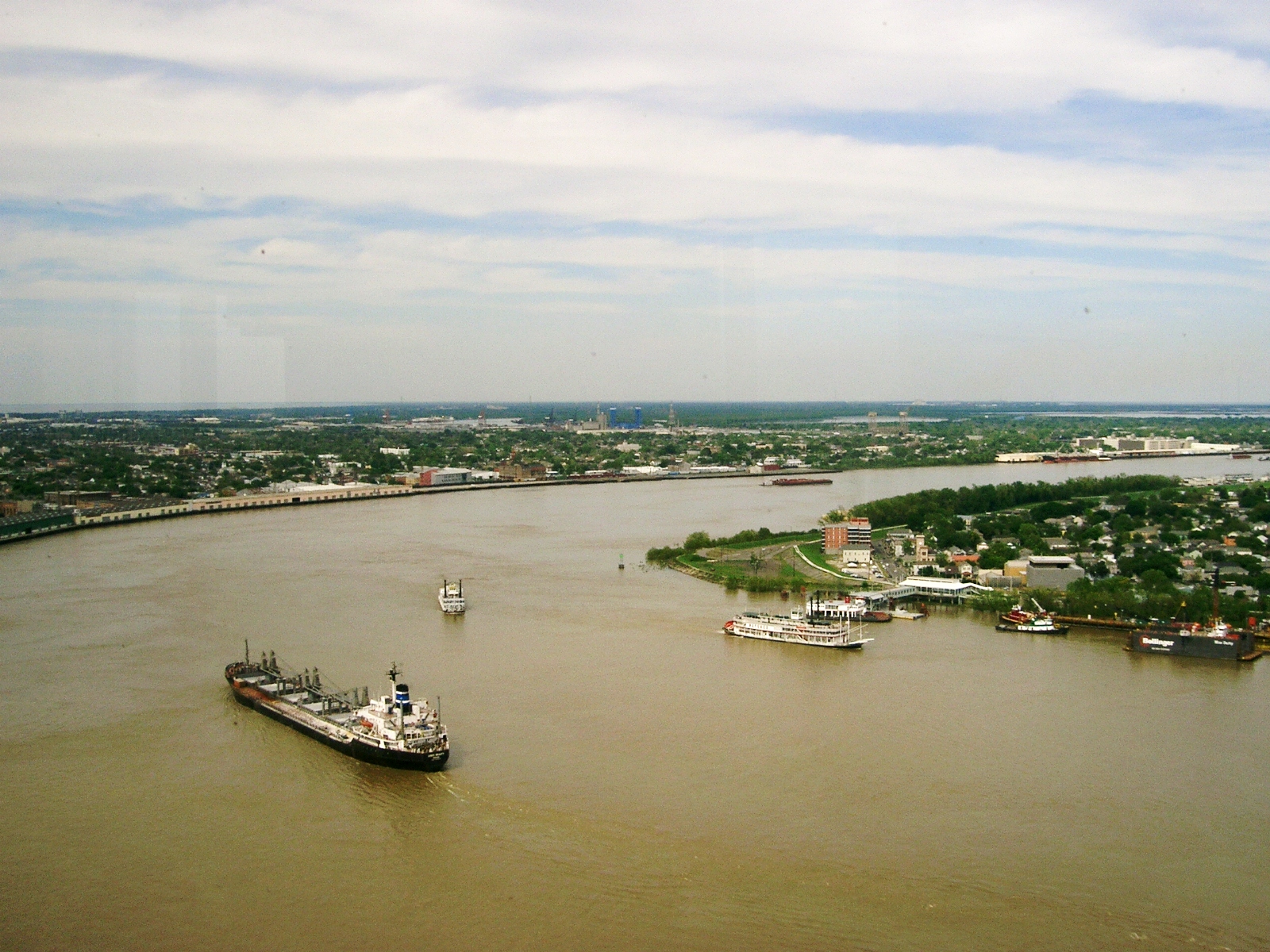 Mississippi River - New Orleans (Louisiana) self made PRA. Algiers Point is seen at right. Across the River is the East Bank of New Orleans. At far left is the lower edge of the French Quarter with the Old Mint building visible. Going down river to the right, are the Marigny and Bywater neighborhoods of New Orleans, with the Naval Support Facility beside the Industrial Canal entrance being the large complex of buildings just across the river at the right edge of the photo. Parts of the Industrial Canal can 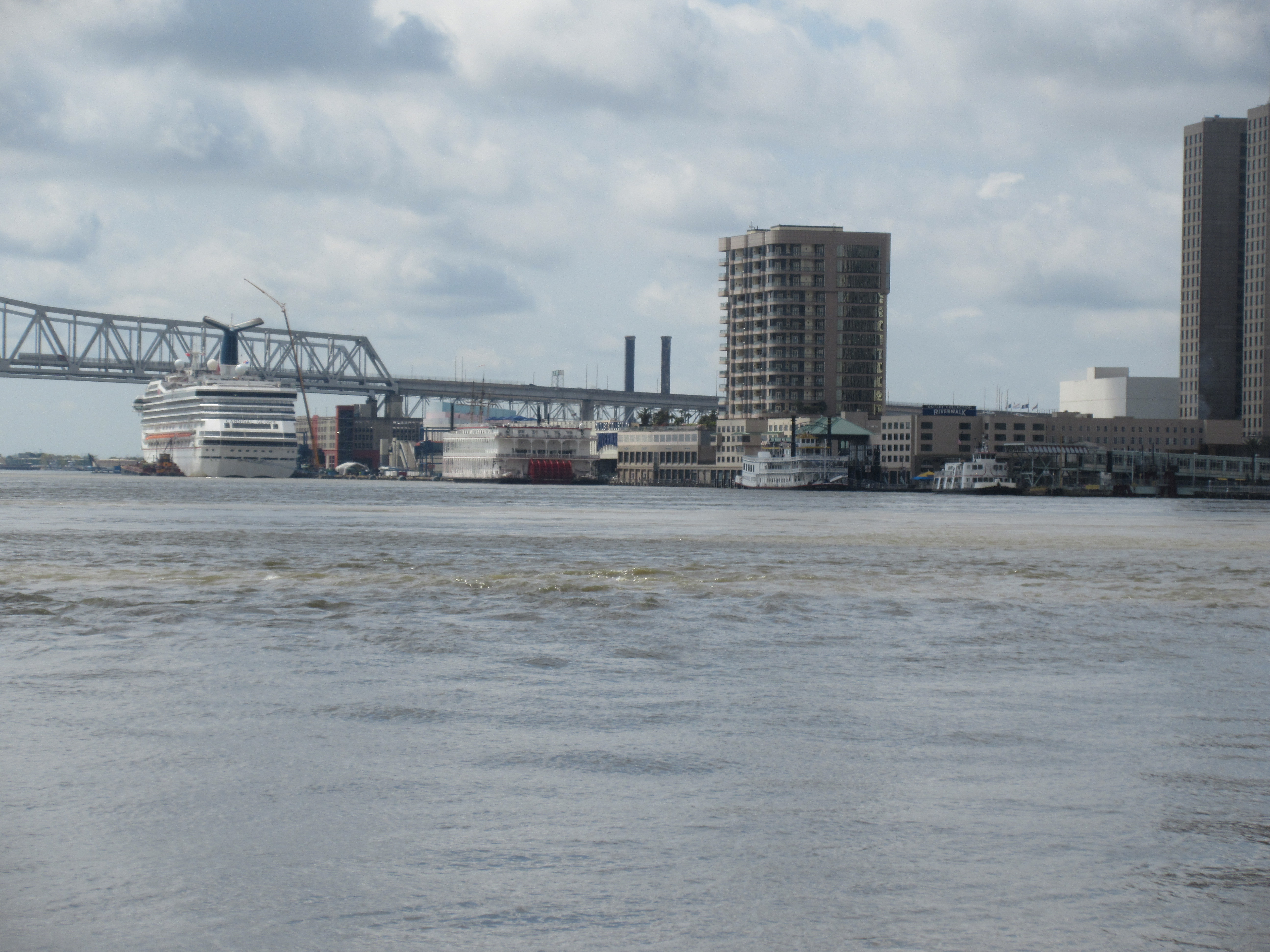 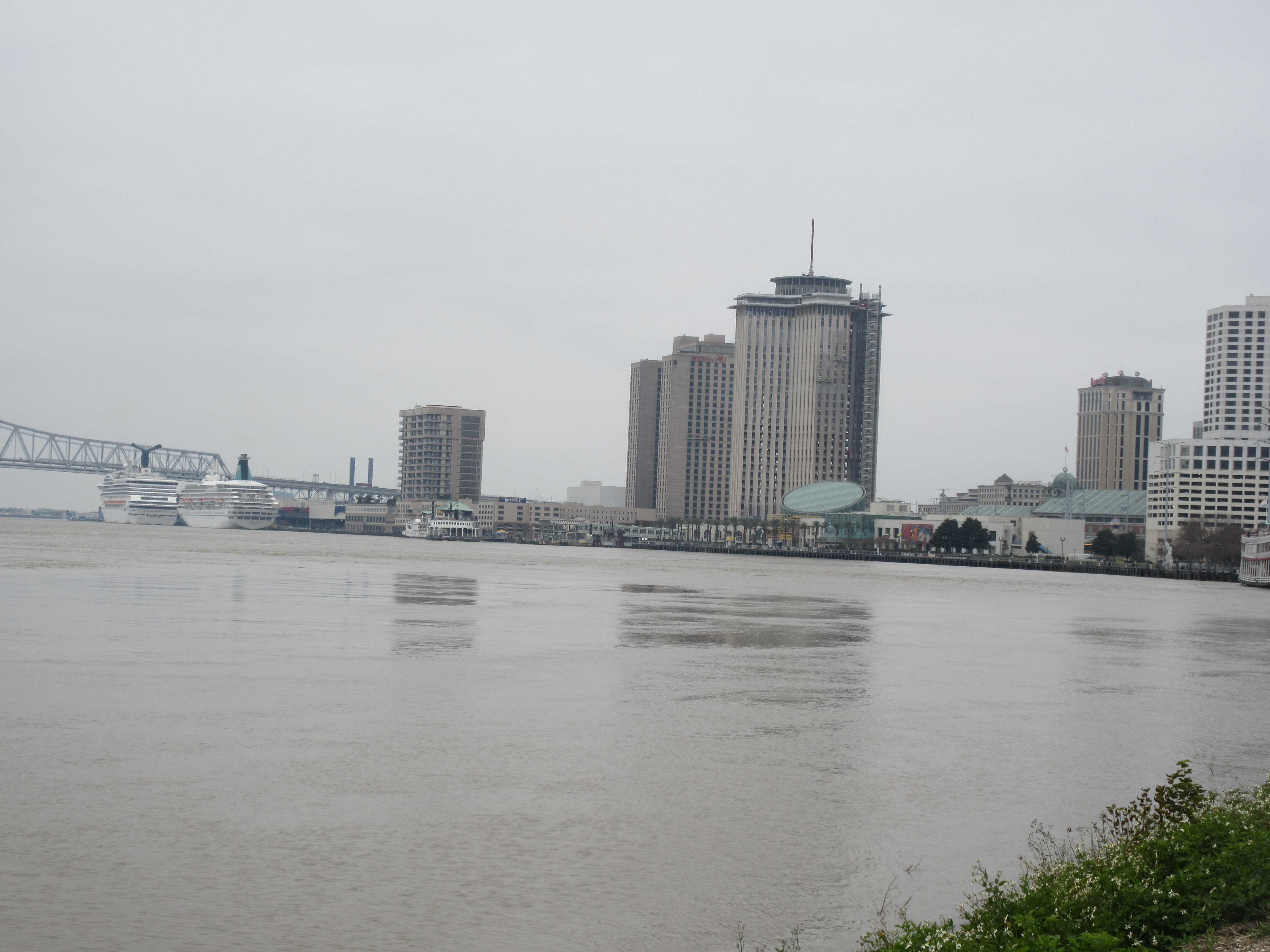