Manuel Manetta was a versatile musician and music teacher who played piano and violin, guitar, mandolin, string bass, trumpet, clarinet, and saxophone. A native of Algiers, Manetta began his musical career while still in his teens. As a Creole of Color whose Sicilian grandfather was a portrait painter and whose uncles were the musicians Jules Manetta (cornet) and Duce Manetta (trombone), Manetta received musical training that was grounded in the European classics. By 1910 he had played in bands with Tom Albert, Buddy Bolden, Frank Duson, and Edward Clem and as a solo pianist on Basin Street. In 1917 he was the violinist in Kid Ory‘s band and also performed with “Papa” Celestin and Joe Howard. After a brief stint with Kid Ory in Los Angeles in 1919, he returned to New Orleans to care for his mother.

(trumpet), Emmett Hardy (cornet), and Freddie Kohlman (drums). Manetta’s signature feat was the ability to play trumpet and trombone simultaneously and in harmony. He lived in four Algiers homes, including his residence and studio at 408-410 Leboeuf Street. The multicultural

demographics of the historic Algiers community served to nurture its musical families and provide opportunities for musical experimentation so crucial to the development of jazz.

Dolly Marie Douroux Adams was one of the few women instrumentalists in the male-dominated early jazz scene. The daughter of Olivia Manetta (Manuel’s sister) and Louis Douroux, she played piano, as well as bass, drums, guitar, and trumpet. Her father, a butcher, played cornet and trumpet in the Eureka and Excelsior Brass Bands. Adams began playing the piano at age seven, receiving formal musical training at St. Mary’s Academy and from family members. By the age of nine, she was playing private parties with her brother, a violinist. She launched her professional career at age 13 as a member of her Uncle Manuel’s band. During these early years, Adams worked with Louis Armstrong, Kid Ory, Kid Howard, and Alec Bigard. Still in her teens, Adams joined Peter Bocage’s Creole Serenaders and also played with Luis “Papa” Tio, Lorenzo Tio, and Alphonse Picou. She formed her own band to play for vaudeville acts on South Rampart Street and accompanied silent films there as a solo pianist. From 1922 to 1937, Adams stopped performing professionally but continued to strengthen the family’s musical legacy by teaching her seven children a variety of instruments. She returned to playing music professionally, joining her brothers Lawrence Douroux (trumpet) and Irving Douroux

(trombone). Three of the Adams children, Gerald (bass and piano), Justin (guitar), and Placide, Jr. (bass and drums) became professional musicians, and Dolly Adams formed a band with them later in her career. They played primarily on the West Bank, as well as Preservation Hall and Dixieland Hall. 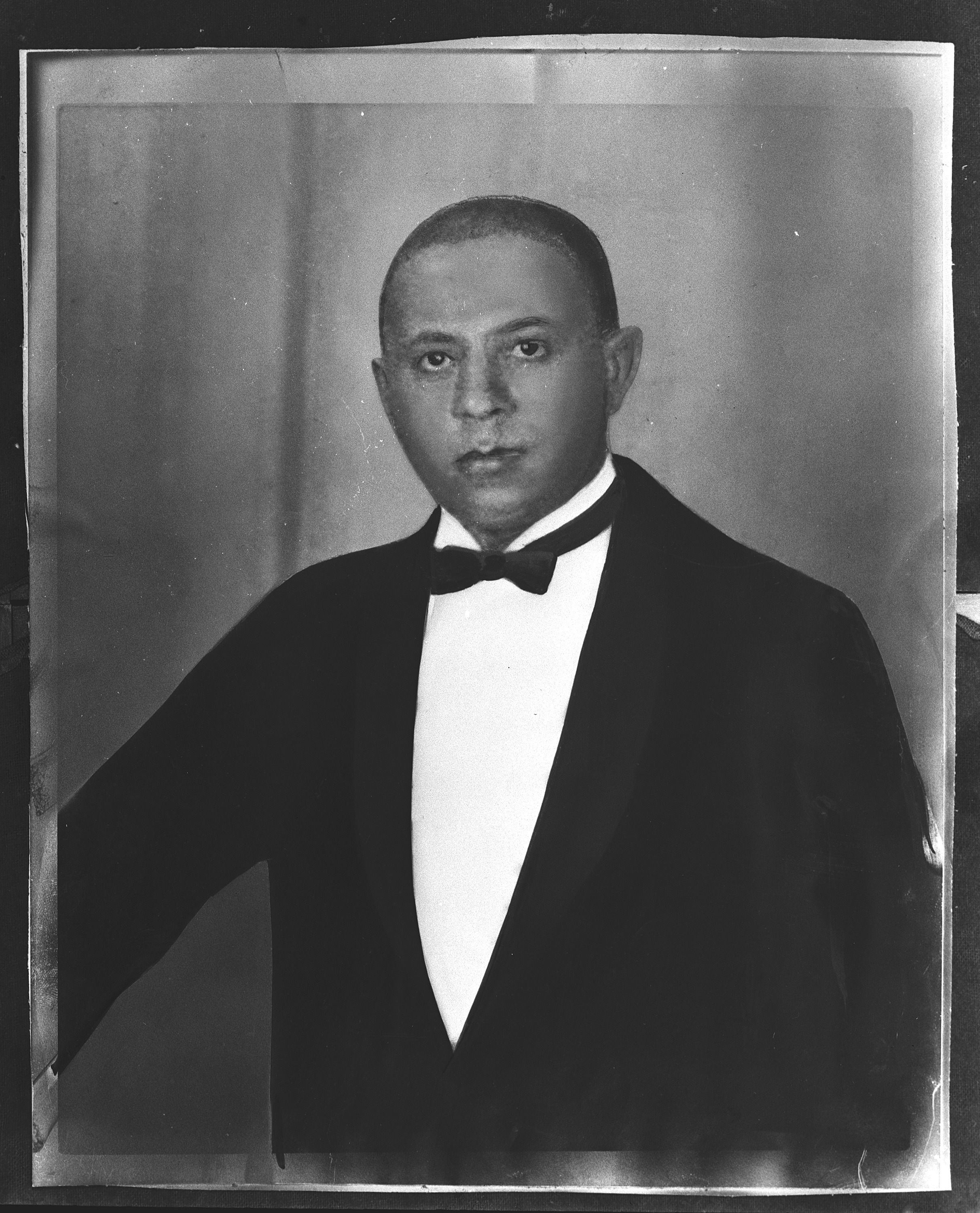 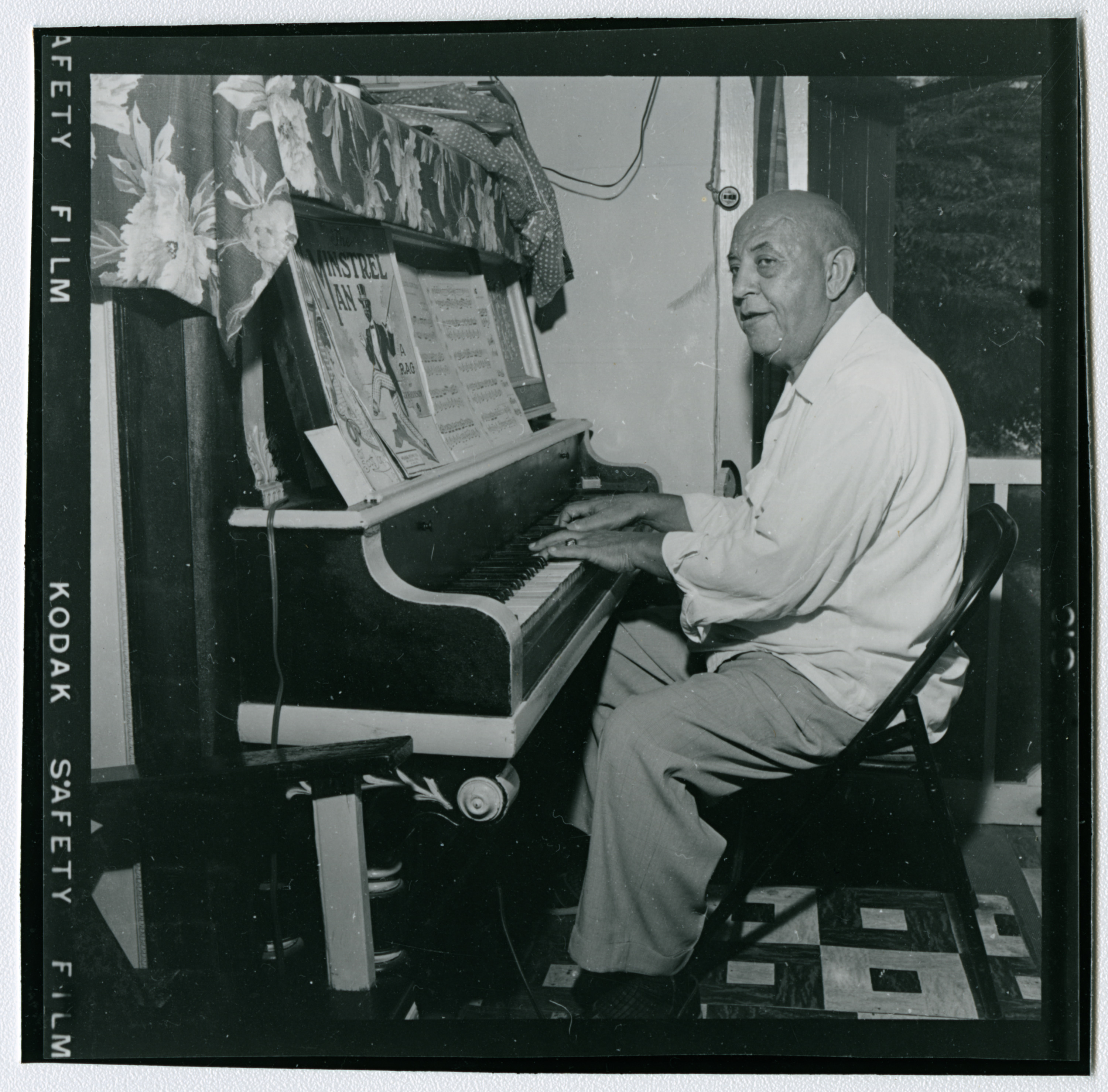