Edward Ory arrived from LaPlace, Louisiana with his Woodland Band in 1908 and soon had one of the most successful dance bands in New Orleans. Ory’s Creole Band was popular in Storyville and at the Economy Hall in Treme where it featured such future jazz stars as Joe Oliver, Louis Armstrong, Sidney Bechet, Johnny Dodds, and Jimmie Noone. Kid Ory left for Los Angeles in 1919 and was the first leader of a black New Orleans jazz band to make a recording with his Sunshine Orchestra’s rendition of “Ory’s Creole Trombone” for the Nordskog label in 1922. In 1925 Kid Ory moved to Chicago where he recorded and performed simultaneously with Louis Armstrong’s Hot Five, King Oliver's Dixie Syncopators and later Jelly Roll Morton's Red Hot Peppers, making him the most in-demand tailgate trombonist of the 1920s. Kid Ory composed several classic jazz pieces including “Muskrat Ramble” and “Savoy Blues” and was the first to record a New Orleans Creole song sung in French, “C’est L’Autre Can Can”, for Crescent Records in 1944. 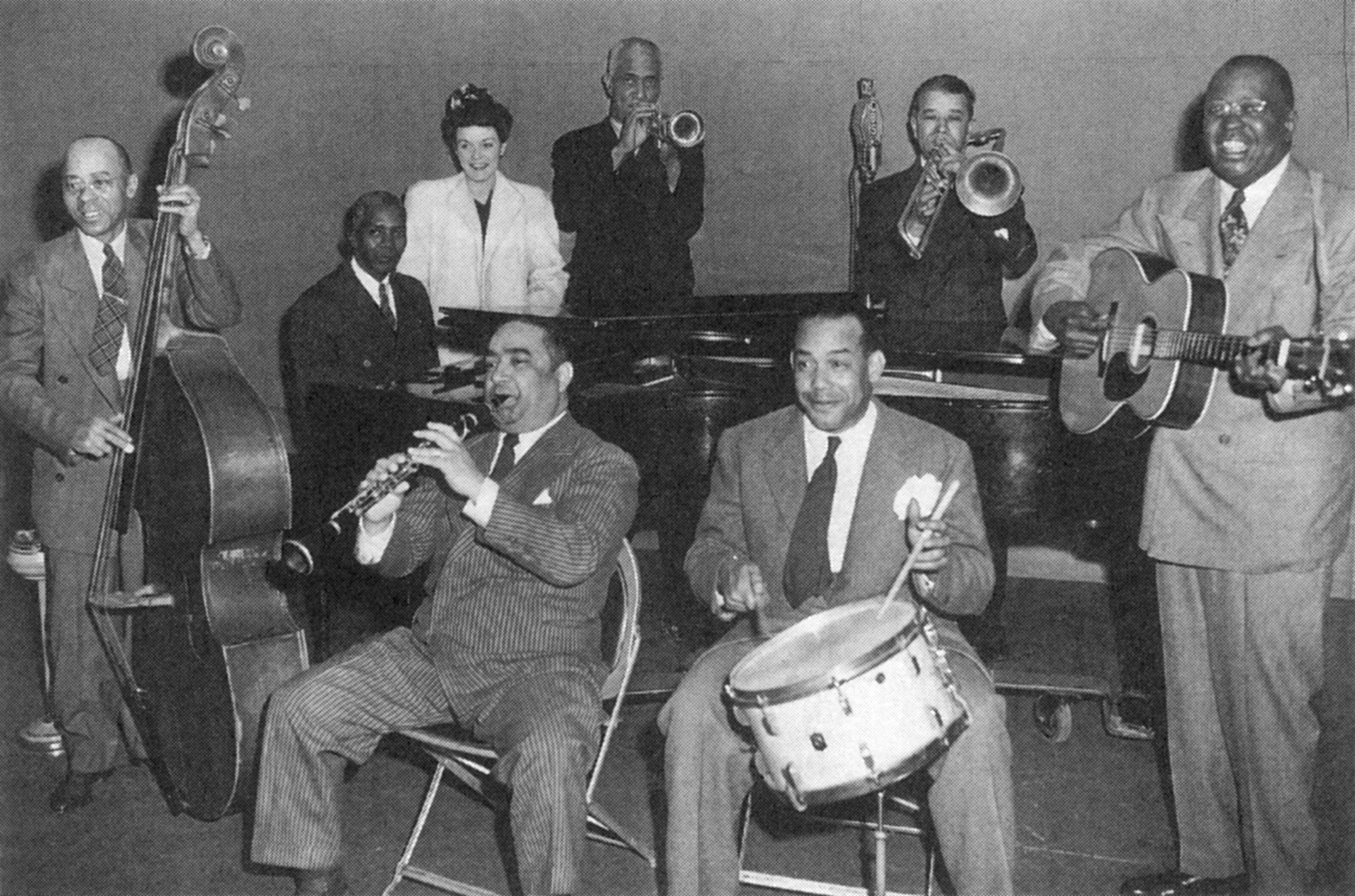 Promotional photograph of the All Star Jazz Group assembled for the CBS Radio program, The Orson Welles Almanac. Photograph was taken prior to the band's first performance on the CBS Pacific network series March 15, 1944. The band was assembled in February 1944. 1944. Self scan of publicity photograph from the personal collection of Floyd Levin, printed on page 13 of Classic Jazz (2000). Photographer unknown for CBS Radio. Public domain. 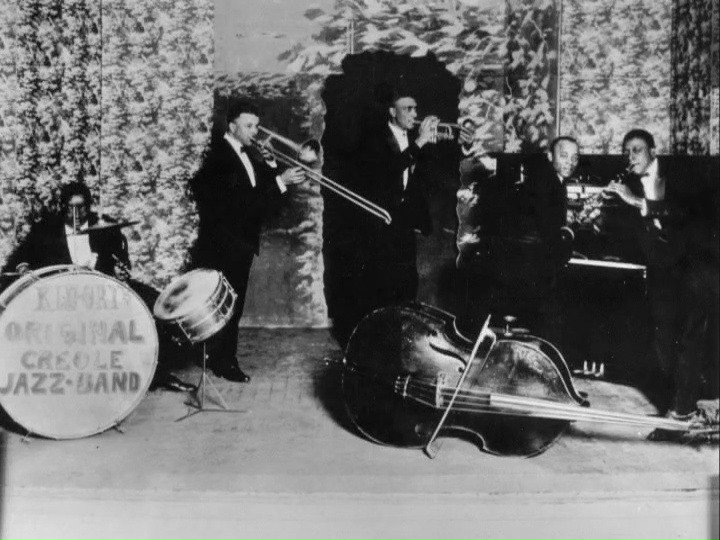 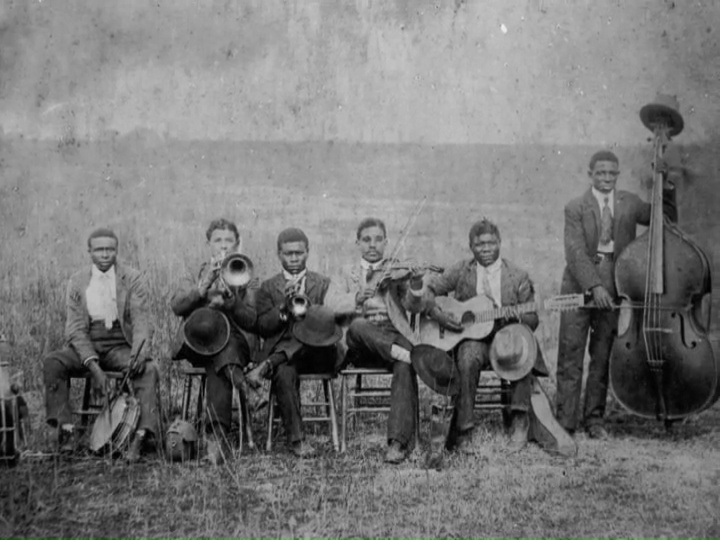 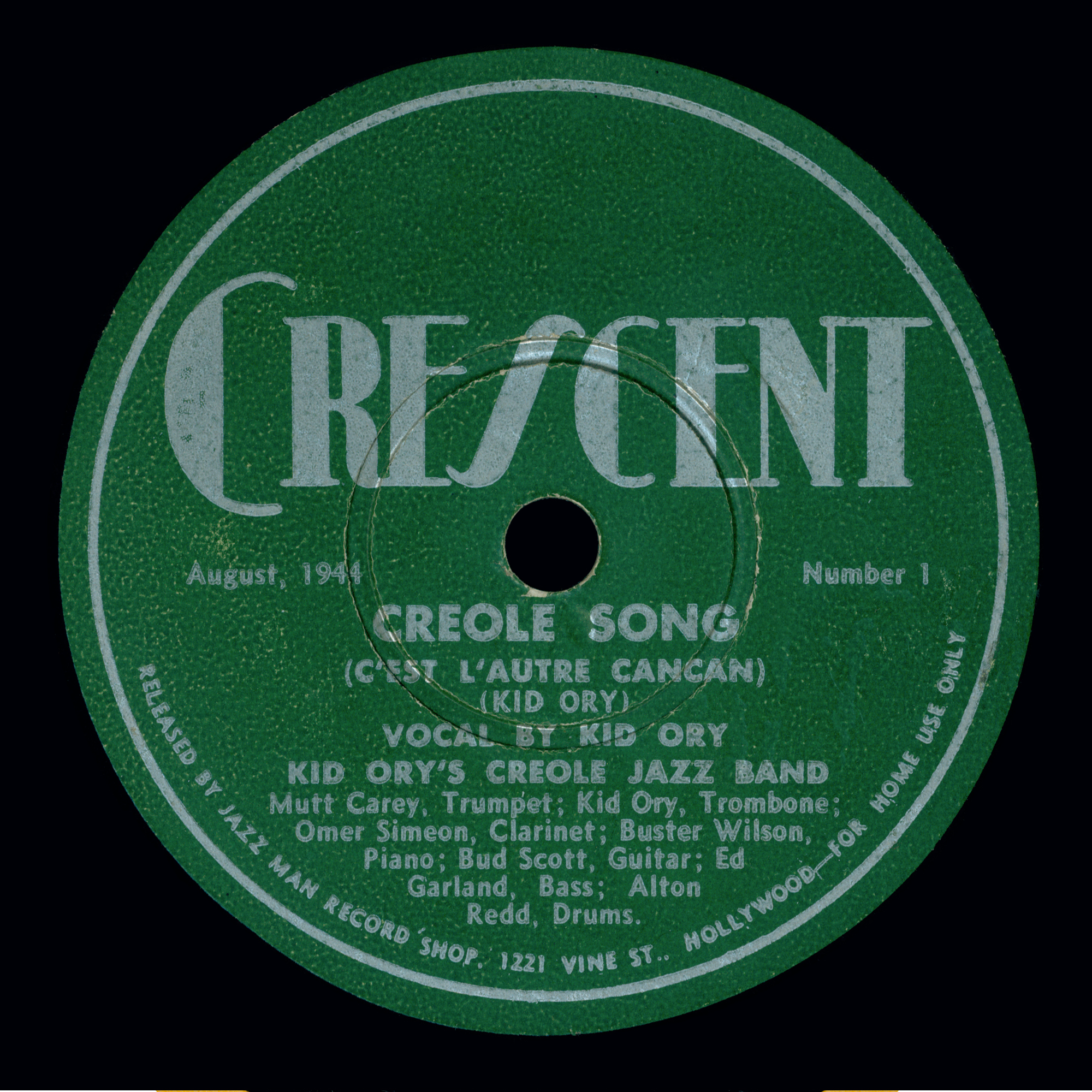