Cornetist, trumpeter, and vocalist Louis Armstrong was the first superstar of jazz. A creative genius who's Hot Five and Hot Seven recordings in the 1920s took jazz beyond the New Orleans style of ensemble playing to become a soloist art form. Known as Pops to musicians and Satchmo to his fans, Louis Armstrong brought an unequaled joy to his jazz performances, uniting artist and entertainer in a single musical personality that won an international audience for jazz. In 1949, Louis Armstrong was honored as King Zulu during Mardi Gras and was the first jazz musician to appear on the cover of Time Magazine. Louis Armstrong was an American cultural icon, with hit recordings in every decade of his career from "West End Blues" and "Ain't Misbehavin'" in the 1920s to "Hello Dolly" and "What a Wonderful World" in the 1960s. 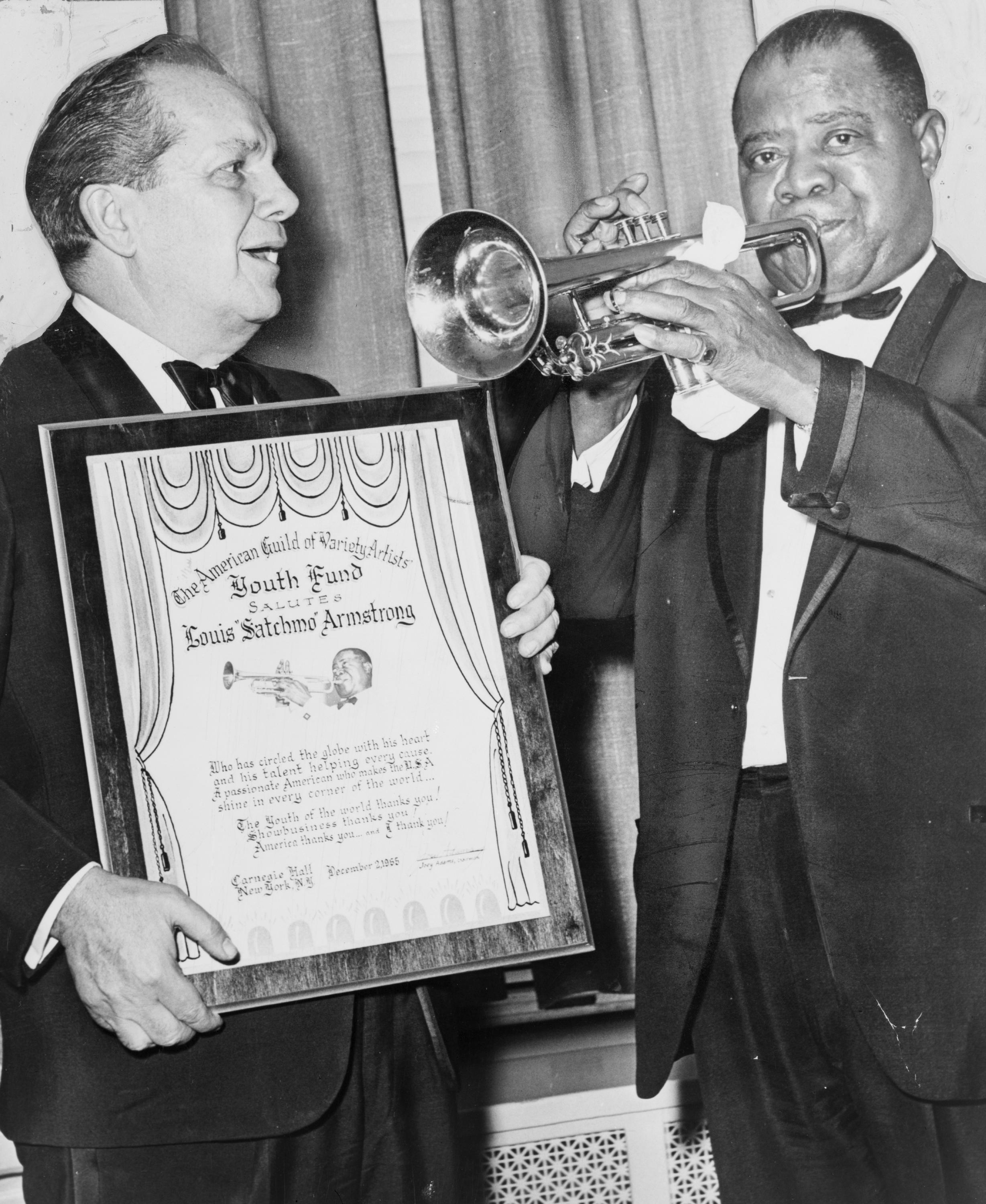 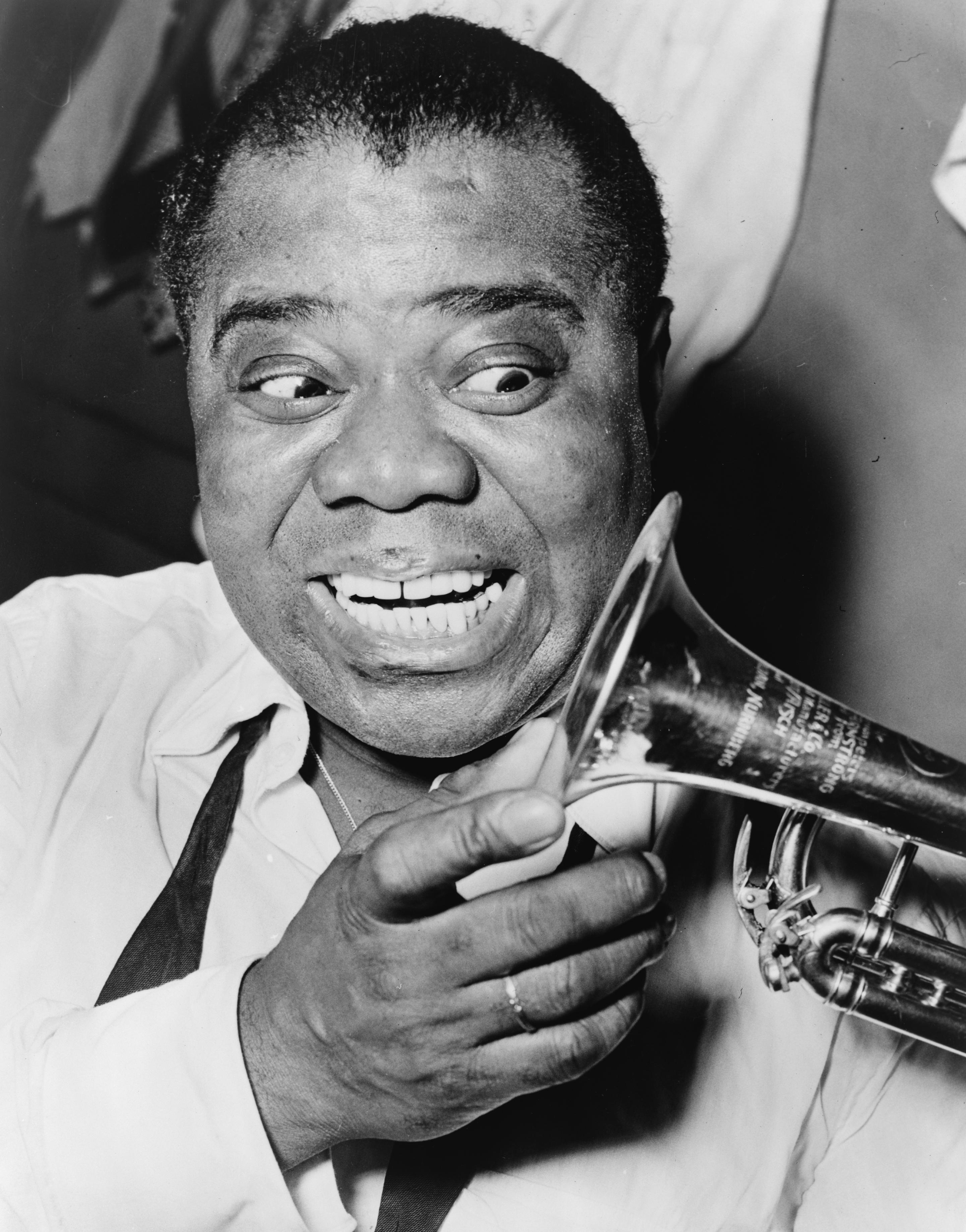 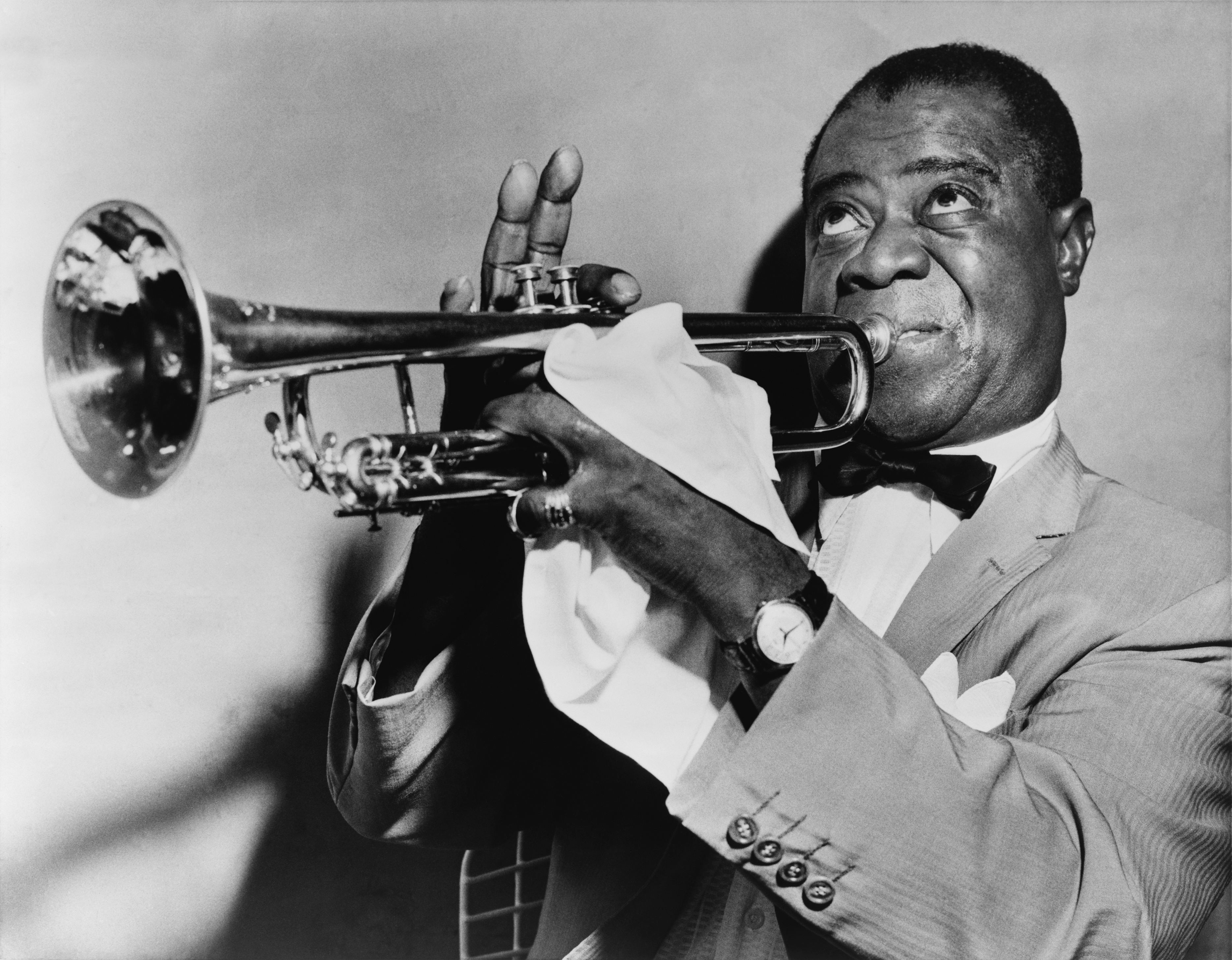 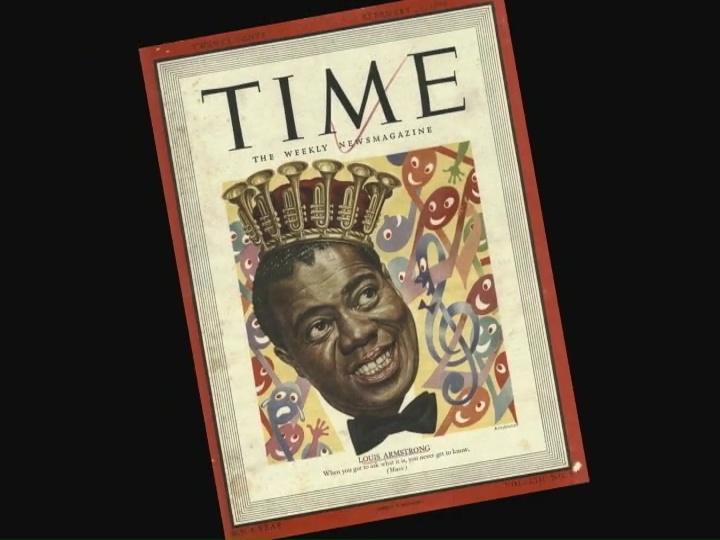 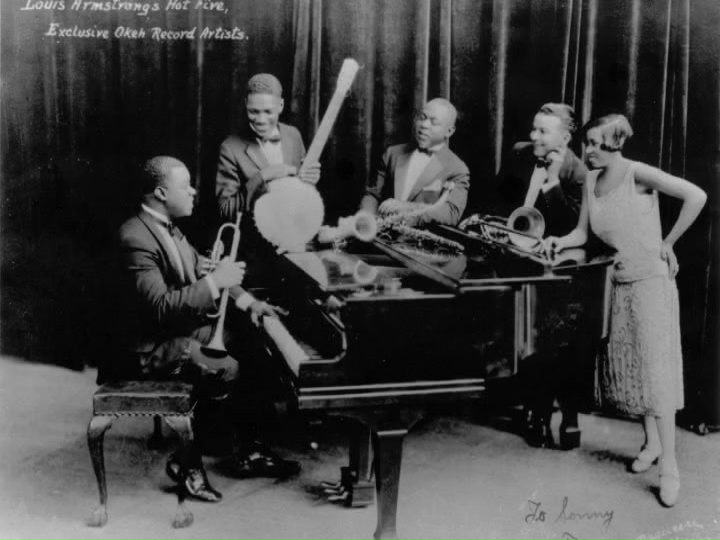 Louis Armstrong seated at piano. Still captured from video above. 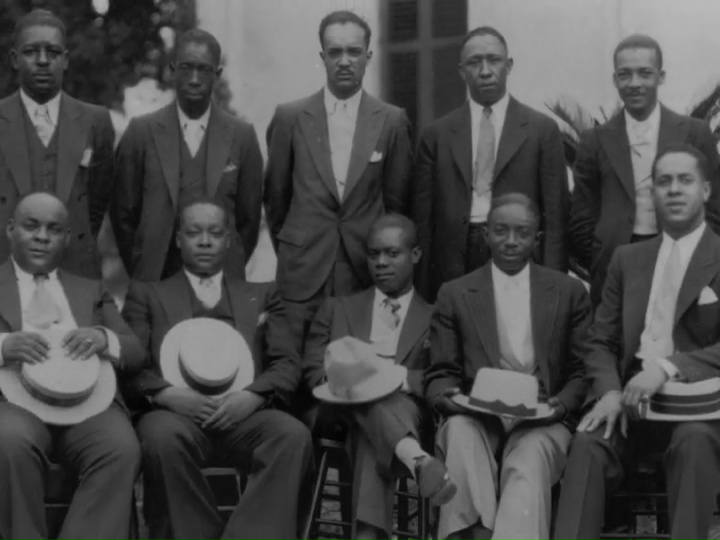 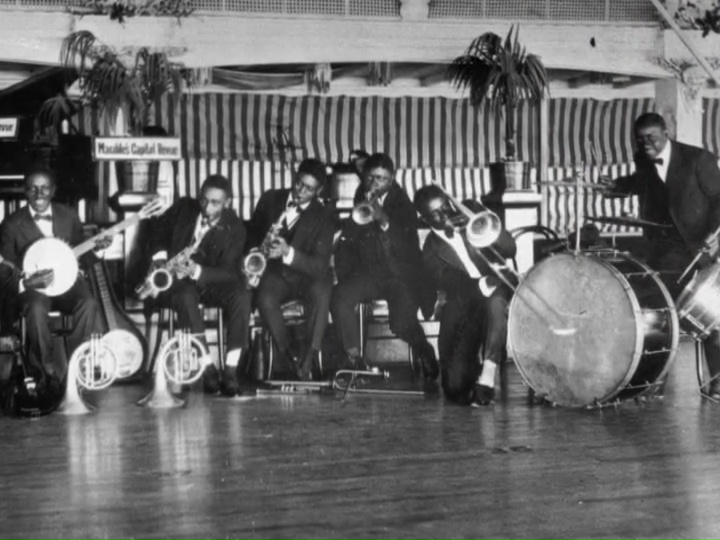 Louis Armstrong third from right. Still captured from video above.